With the proper optic amazing things can be done. The Mod 7 4-32x56IR is that optic with an amazing package of enhanced features including 32 power, First Focal Plane, Riton Illuminated Precision Shooting Reticle, and Riton Tactical Zero Stop Turrets. Whether you are a Precision Rifle Shooter, hunter or long-range shooter this will be a last stop optic for you, providing you with all the features you need.

Riton products are designed and built for a variety of end user applications. Each product provides key features to maximize performance and provide you with the functions you need. For a detailed explanation of our key features visit The Riton Promise Page.

If you have any questions regarding this product please submit them to info@ritonoptics.com or call us on 855-397-4866. We really appreciate our customers feedback and will get back to you as soon as possible.

Do your products have a warranty?

Our warranty is simple:

For more information regarding our warranty follow this link: Unlimited Lifetime Warranty 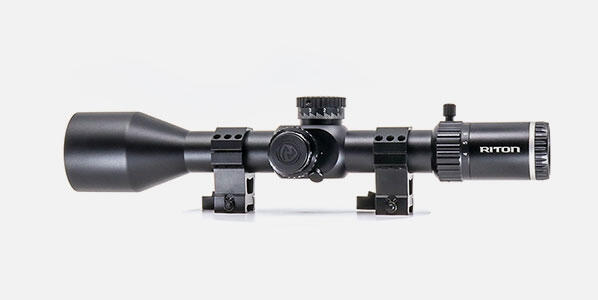 To view our product from all angles please click "load 360° view" below. Click and drag your mouse over the image to rotate.

If you liked this, you may be interested in these too!